Who is the most influential on EU Energy Union policy?

A ranking of the top 40 policy experts with influence in EU Energy Union policy was unveiled at a debate on the “State of the Energy Union one year after its launch”, organised by the EurActiv Institute. Almost half of those listed in the #EurActory40 took part in the debate hosted by Ian Duncan (MEP ECR) in the European Parliament on Wednesday 24 February 2016.

Breaking it down, the #EurActory40 Energy Union ranking reveals that:

State of the Energy Union one year after its launch Europe by Satellite filmed the first part of the debate with the keynotes from Commission Vice President Maroš Šefčovič responsible for the Energy Union and former European Parliament President Jerzy Buzek and the Q&A that followed. Watch the archived EbS video here: During the panel debate Claude Turmes, a leading Member of the European Parliament for the Greens party, dropped a bombshell when he made allegations about Gazprom’s tactics to push the Nord Stream 2 gas pipeline project.

Frédéric Simon, Publisher and Editor at EurActiv, and the debate’s moderator filed the following story :

Some more pictures from the #EurActory40 launch and State of the Energy Union one year after its launch debate (click on the arrows to scroll through the Flickr album): 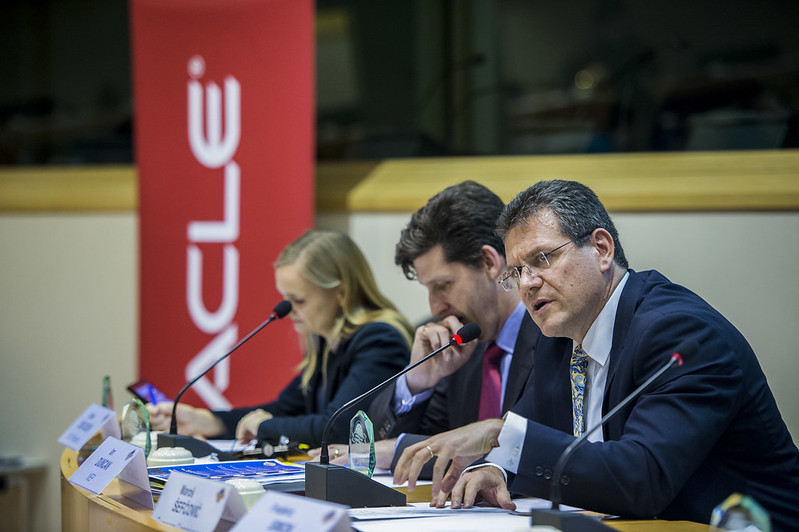 EurActory is a new and free service developed within the EU Community project that scans the growing amount of information about people involved in EU policy making. It analyses and ranks online and offline signals, identifying the relevant influencers. EurActory rankings are available on Energy Union, Innovation & Entrepreneurship, and the Future of the EU.

To see the latest content and understand how it has been put together, visit the EurActory FAQ page or watch this interactive video explaining the EurActory concept.

What is EU Community?

EU Community lays the foundation of a new era in EU policy-making. We provide tools to help you identify credible experts and key documents.

For 15 years, transparency has improved thanks to the internet. EU professionals publish, tweet or comment in the public sphere every day.

This has sparkled a new challenge: preserving efficiency in policy-making. The EU debate is at times disorganised. Our inboxes are overflowing with newsletters and email alerts. Our twitter feeds get overloaded with opinions and links.

How to know what to read? Who to listen to?

EU Community is creating a series of tools and services to help you make sense of today’s EU policy-making.

These services are free to use and build on new technology to help you understand EU policy. They focus on two aspects:

EU Community aims to make working life of EU professionals more productive. It provides the relevant information to grasp what others in the EU Community think. It will save you time.

Who is behind EU Community?

EU Community is co-funded by the European Commission’s DG CONNECT.

Want to get in touch?